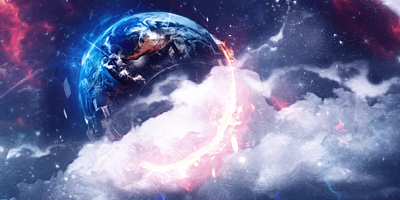 Have you ever awakened in the morning feeling emotionally funky and you don’t know why? You didn’t party the night before and drink too much, you didn’t go to bed after an argument with your spouse, no nightmares, you aren’t physically sick, it’s a beautiful sunny day, but you just feel like being grumpy.

The next step is your mind starts to troll for something to hang your emotional funk on, and usually it will find something, anything. The dog is old, your neighbor painted his house NAPA blue, you are 2000 miles overdue for an oil change on the car . . . something. Maybe nothing of substance, but that doesn’t necessarily matter to the mind. It just needs something to chew on.

We all have the occasional morning like this. Realistically, we can’t expect every day to start with the mental equivalent of a luxurious limo service Kitchener can give us on the road to an awesome day. I’ve concluded it’s just fallout from being human, or heaving dead cats.

Not based on any scientific evidence, I’m going to assume most of us don’t wake up to these battles most mornings. Of course, if it happens on too regular of a basis, then you need to talk to someone. I’m guessing most of us experience this enough, though to be able to relate. So what’s going on? Why do we have these little demons?

The human being is not a stand alone entity. We are influenced by many factors. There are many energetic streams that affect us on a continual basis. The more unaware we are of the various influences around us, the more susceptible we are to them. Being unconscious leaves us at the mercy of the whims of such influences without us realizing it.

Energy fields that radiate from other people are a good example of this. Have you ever been in a room when someone comes in who is in an angry or intense mood? The energy he or she carries with them is suddenly the energy of the room. People scatter or get busy with other tasks to avoid interaction if possible, but if you can’t get away, then your mood is soon disrupted. You can get infected by the negativity. By being aware of the influencers we can make choices.

Another common energy that we have witnessed is that of the full moon. It has been well documented that violent crimes, car accidents, and hospital emergency room visits all increase when the lunar energy is strong. Some go so far as to rely on the energy of the planets and the stars to guide them through life.

Astrology is not acknowledged as a true science, but the information it delivers by deciphering the energy interactions of the celestial bodies can be eerily accurate. How do these energies determine if we are going to have a good day, a slow, crazy or mellow day? That’s a question for an Astrologer, but there is agreement that the tides are dictated by the moon.

Since humans are born with 73% water weight that has to tell us something. The magnetic pull and pulses of the Sun can interrupt electronics, so humans are not immune to influences of the universe. If you’ve ever had the unfortunate luck to be involved or close to a disaster, the darkness of the event lingers for a while after the tragedy has been cleared. Living close to Columbine High School left me feeling out of sorts for weeks after the calamity occurred.

There was a general malaise left to linger long after the reporters were on to the next story. When we had great flooding that left our little town damaged beyond imagination with the fear of more to come, the energy affected people’s sleep and moods for weeks before and after the fact.

The tsunami that killed thousands in 2005, the World Trade Towers, the recent attacks in Paris – everyday there is disruption big or small that must infiltrate the energy pattern of every living soul on the planet. With a constant input of chaos, it’s no wonder that we are influenced by energies one way or the other and that on occasion we wake up in a funk.

Protecting ourselves is a matter of being conscious of the energy around us. The more unconscious a person is the more easily swayed or manipulated one can be. So when you are feeling off center and can’t explain it away with rational thought, find your center and the peace that resides there. Then influence others.